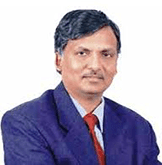 He is the Laparoscopic and Bariatric surgeon at Tods. He is having more than 25 years of experiences in Bariatric and laparoscopic procedures.

Dr. M Ramesh is a Bariatric and Laparoscopic Surgeon. He is a highly educated doctor, holding degrees like MBBS, DNB, FAIS, FICS, FAIMS, FMAS, FIAGES, and FALS. Using his immense experience in his field of practice, Dr. Ramesh performs surgeries for appendicitis, podology, hernia, breast lump, and chronic ulcers. He is also well-versed in procedures like gastric bypass, sleeve gastrectomy, and adjustable gastric band. Having been associated with top-notch medical facilities in Bangalore, Dr. Ramesh has worked on many critical cases with high success rate. He is a hard-working, dynamic and vastly experienced laparoscopic surgeon with a passion to provide the best possible solution to the patients.

He established the world renowned Bangalore Endoscopic Surgery Training Institute & Research Centre, with the help of which he has trained over 1000 practising surgeons from 5 continents and has been involved in several innovations including BEST endotrainer, Virtual Reality Laparoscopic Surgery Simulator, and Circulation pump(used for training in Minimal Invasive Surgery). He also started the first Fellowship Course in Minimal Invasive Surgery affiliated to Rajiv Gandhi University of Health Sciences.

As a consultant at A.V. Hospital, Vasavi Hospital, & Viktram Hospital apart from TODS (Dr Tulips Obesity & Diabetes Surgery Centre). Dr. Ramesh has not only performed thousands of advanced laparoscopic surgeries, but has also been invited to demonstrate surgeries in over 65 National and International Workshops and to deliver lectures and orations in several conferences in Asia and Europe. He currently heads the Department of Minimal Invasive and Bariatric Surgery at Vasavi Hospital, Vikram Hospital and A.V. Hospital Bangalore.

He is also on the Advisory Board of Undergraduate and Postgraduate Studies to Sri Devaraj Urs Academy of Higher Studies and Research, a deemed to be University. He is also a member of the Rs. 200 Crore National Programme of Micro and Smart Substances, involved in research and innovations in Micro and Nano technologies.

For the past 10 years, Dr. Ramesh has focused on establishing Bariatric and Metabolic Surgery in India. Having trained in Bariatric Surgery and obtaining Fellowships in USA and Germany, Dr. Ramesh is currently involved in Weight-loss practice.